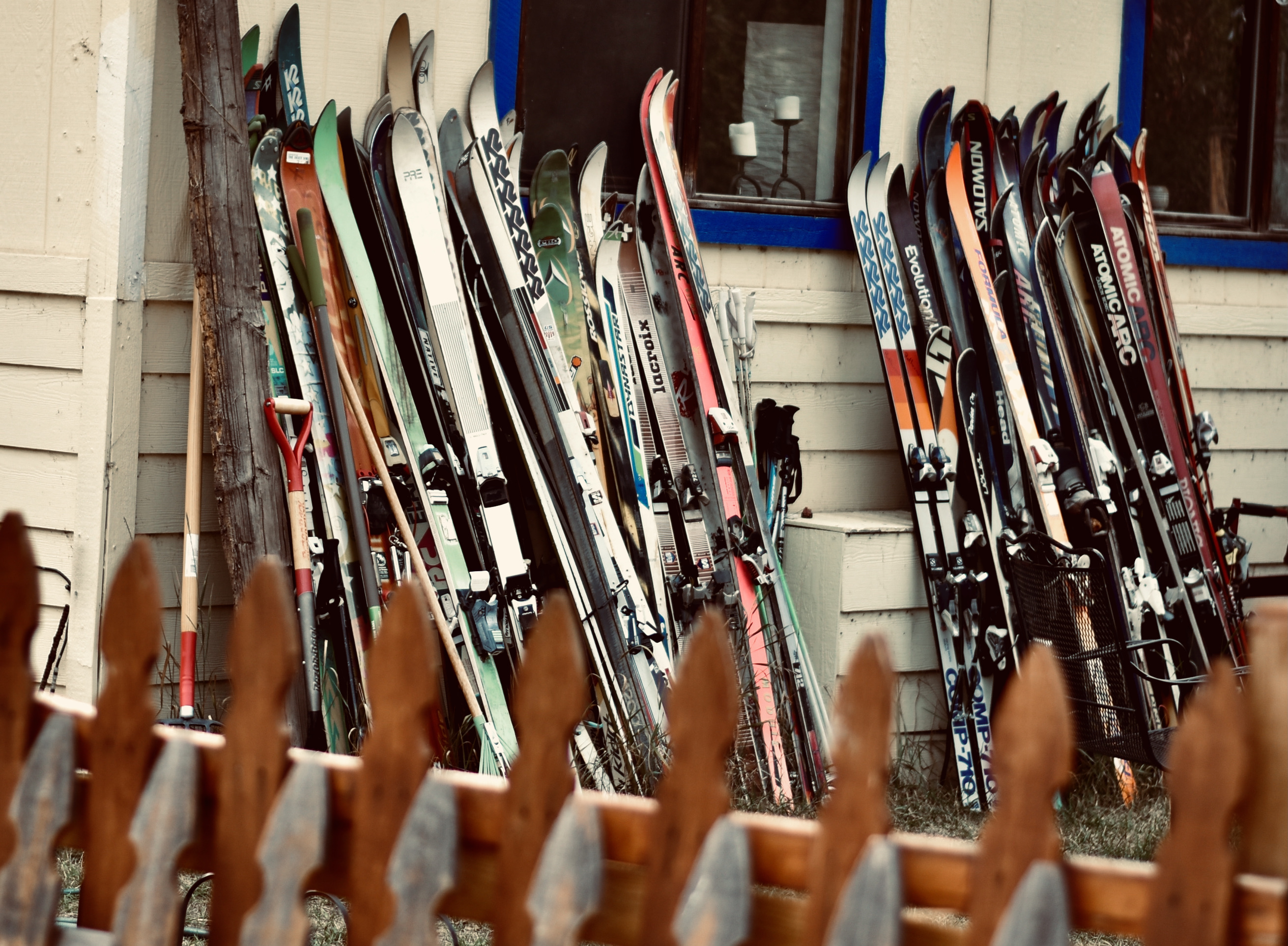 It’s October in the Rockies and the leaves have gone gold and are about to drop. The kids are thinking about trick-or-treating, football is on tv…and anything we’ve been trying to grow outside is absolute toast. Dead. Done. Over.

The mornings are brisk now with frost on the windshields. Snow is starting to creep down and settle in to more than just the tops of the mountains. Around our little ski town, everyone is getting ready for the lifts to start turning.

So, obviously, this is a most pleasant time to appreciate one’s indoor garden…

New Improvements to the Indoor Garden

Every year, when October comes around, I get particularly excited about my little indoor Tub Garden. It’s wonderful to be able to continue gardening even though our short, high-altitude, outdoor farming season is done. And this fall is no exception.

But what an improvement we’ve made in this tiny space over the summer! Well, in all honesty there was nothing “we” about this one. This one was all my husband. He installed a new sprinkler system for me. It’s made with indoor grade plumbing all around so I don’t have to worry it is ever going to spring a leak. Check it out.

Here he is putting it together. This series of pictures shows:

A) My husband is awesome, and

B) Our indoor garden is a whole new level of crazy.

I’ll be working on a link over the next few months detailing how he put this whole indoor irrigation system together. Because it really wasn’t that hard once you know how to do it. Or at least, he made it look that way. This irrigation system, combined with the self-watering bins, makes for a very efficient, budget -friendly watering system that seems to keep the plants pretty happy. And it allows the garden to just hum along on it’s own very nicely.

Another change around here is my gardening focus.

Over the years I have had a lot of fun finding out what weird and unusual vegetables and flowers will grow in this indoor garden. We’ve grown everything from unique cauliflower varieties, eggplants, and beans to lisianthus, gomphrena and asters. It has been exciting, learning what will actually grow in this little indoor bathroom garden.

Some things that are traditionally very easy to grow, like Zinnias, have been an unexpected challenge. I have tried Zinnias probably more than 40 times from seedlings. They simply refuse to get big, or to bloom very reliably. In fact, here is one of my latest attempts and it’s still a pretty pale and puny Zinnia. Especially considering it is the Benary Giant variety. But I literally have millions of zinnia seeds so I am probably just going to keep on planting them anyway.

There have been some mysteries that I think I’ve cracked, like trying to get onions to bulb under the lights. (Although maybe a better question is whether onions are even worth growing in the indoor garden in the first place. They take up too much space, for too long).

But there always seem to be new mysteries to figure out. Like why are these peas growing well, but only making one or two flowers, and hence, only one or two peas?

And there is really no one for me to ask. Because they will either think I’m a little crazy for having an indoor garden, and/or they also won’t really know. So I just keep plucking along, observing what works and what doesn’t…making notes in my little journal.

Of course one of the advantages of growing indoors is that I control every single variable. But sometimes I think how easy it would be, not to have to control EVERY variable. Like when the peas don’t flower, even though they did last time I grew them, I have to wonder. Is it the variety of pea? The temperature of the room? The amount of light? The quality of light? The nutrients? The water? It can be exhausting.

So instead I’ll just grow some new ones and see how they do…not very scientific. But heck, it’s fun growing peas.

Focusing on the Basics

In fact, this season I have decided to worry less about these bigger mysteries for a while. Instead, I’m going to hone in on the vegetables that we buy every week and try to find the best varieties for indoor growing. So, that means I’m going to focus on staples like lettuce, tomatoes, peppers, onions, carrots and just one or two herbs. These are the plants we cook with most often, and the plants that we actually still buy at the store regularly.

To that end, I am trying a new pepper trial with “Ace“, “Olympus“, “Sprinter“, and “Brocanto” bell peppers. We’ve grown some peppers that have done very well, but we’ve had other varieties that only produce little micropeppers. They all tasted delicious (and sweeter than store bought) despite their size, but I want to grow big peppers!

In fact, peppers are a plant I whole-heartedly endorse for indoor gardening. You get lots of peppers out of the space of one plant. Unlike, say, an onion or a broccoli. These take up two square feet for at least 4 months, and then you only get one lousy vegetable. So I’m going to try all of the pepper varieties that I can get my hands on, and see which ones will grow biggest and tastiest in this environment.

Because peppers are totally worth it.

Lettuces have been very easy to grow in the Tub Garden, but I am interested in getting a lettuce to form an actual head, like an iceberg lettuce. That hasn’t happened in here yet. But, we’ve gotten lots of delicious Salanova loose leafy lettuces to grow very reliably.

The tomatoes have been a joy no matter what type I’ve been growing. Each variety has done pretty well and the only thing I’m currently tweaking is the size of the plants. They tend to get pretty unruly and forest-like in their little tomato corner. In the past, they have reached clear to the ceiling. So this season I have switched to all tomatoes of the determinate variety to try to keep things a bit more civilized.

Herbs. I am a little sick of growing herbs all over the place but then never using them. So A) I need to start planting herbs with specific meals in mind, and B) be better about pruning my herbs so I can have smaller amounts, but for longer periods of time. Unlike, for example, this aggressive amount of parsley that I harvested the other day.

I will just keep direct sowing carrots into the soil. We have been getting much better results with this method, rather than doing them in seedling trays and then transplanting them. This is how we are avoiding those creepy-looking carrots we started off with. (Although, I read a post the other day where Ina Garten was growing ugly carrots and I didn’t feel so bad anymore.) It’s easy to succession plant carrots this way as well… once we pull a few out, we just toss some more seeds in to the empty spot and the cycle continues.

And finally onions. I’m pretty sure I am giving up on bulbing onions in the Tub Garden completely. But evergreen branching onions, green onions, shallots and leeks I will continue to grow. We don’t have to wait for them to bulb, and they still have so many culinary uses and can be substituted for a bulbed onion quite easily.

In writing this post today, I realize I have a clearer idea of what is to be done in the garden this year. As much fun as I have had experimenting with what will grow in an indoor garden over the last five years…now I just want to grow more of the stuff that we actually eat. I want us to become less dependent on the store, and the packaging, and the shipping of the vegetables to our table.

I’m going to try to go full-on Tub to Table.

And I’d like to still grow the occasional flower or two for a nice table bouquet…Maybe someday I’ll even figure out those Zinnias.

March 9, 2022Indoor Garden Spring Update. Why Can’t We Just Have Whirled Peas?
Its mid-March here in the mountains, and we're about two weeks into …
June 17, 2021Spring Indoor Garden Update. Seems like We’re Settling into Quarterly Garden Updates Now…
I know it's been a while, but hey, It's June in the …