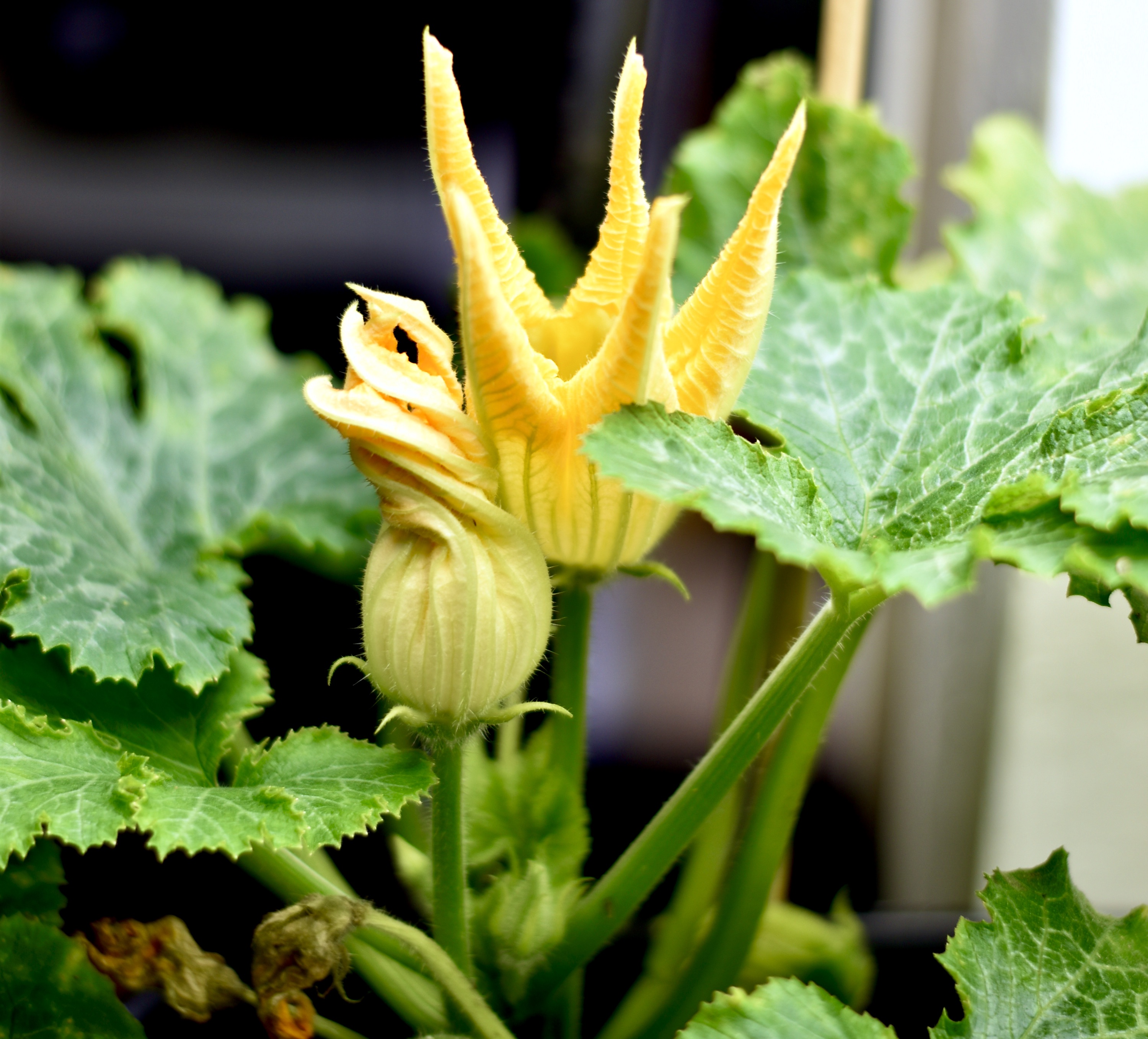 I read an article a few days ago about a lady who had never gardened before but decided to “take it up” during the pandemic. She described how, by the end of summer, she had all these spectacular vegetables and flowers growing indoors in sunny window spots, and how her yard was full-to-bursting with flowers outside. Her garden was a raging success on her very first try. Oh, and she also had bonded more with her children than ever.

Well, this probably says something about me…but instead of being inspired by this article, it kind of irked me. I didn’t want to hear about how easy gardening was for her, and how her thumb was so green, and how she didn’t have a single seed that didn’t sprout. And how she didn’t even ever yell at her kids for accidentally snipping off all of the flower heads.

I felt annoyed at her dumb article. Gardening isn’t always easy. Sometimes it’s confusing and frustrating. Like when you have no idea what disease your plant is suffering from, or if you just can’t figure out if you have too much nitrogen in the soil, or not enough. Or if your kids, “help out” and water your delicate transplants a little too enthusiastically and they are all dead by morning.

So today I’m going to revel a little bit in the frustrations particular to gardening indoors. Outside gardeners have to deal with their share of problems like early frosts and critters eating their hard work. But we indoor gardeners have our own unique sets of worries and I am reminded today of the value in talking about these failures. The monstrous looking carrots, the onions that won’t bulb, tomato rot, mustard greens left in the ground way too long, the celery that I mislabelled and pulled up months early. This is the good stuff that we normal people want to read about. At least I think so.

So here are two more gardening failures from our Indoor Tube Garden. Just from this week alone.

Ugh. Think about how much you hate bugs in your outdoor garden and then multiply it by like a billion because now they are in your house. Indoor gardens do get bugs (no matter how careful we are to maintain garden sterility) and we have to act harshly and quickly to make sure those infestations don’t become a house-thing, and just stay a garden-thing. One that is hopefully a short-lived, garden-thing.

Currently I have spider mites on my peas. I have been doing a whole head-to-head comparison of 4 types of peas. Snap peas, avalanche snow peas, Oregon sugar peas, and some other pea that I forget right now. And all four types of peas have little tiny spider mites on the ends of the leaves. It’s so irritating. Normally, I would just pull the plants up, ruthlessly, but for some reason I want to see if I can win this one.

My armaments have been escalating slowly. I started with just my fingers, squashing them manually. Which was admittedly sort of gross. Then I switched to my trusty water bottle that I like to blast bugs off with. You don’t have to make a “pew pew” shooting sound, like you’re in a Lego Star Wars battle, but I do think it helps the bugs get the idea that you mean business.

When that didn’t work, I upped my game to a compressed air blower like you would use to clean a keyboard or a sewing machine. I’ll admit that was actually pretty fun. Plus it makes its own sound effects so you can just concentrate on the (literal) blowing away of bugs.

But then yesterday I had to finally bring out the bottle of dilute Neem that was under the counter for years. Way less fun, but I think I’m starting to win. I haven’t fought this hard for anything in quite some time. I usually just pull out the plant the second I see bugs. But, I mean, it’s snap peas and snow peas, and if they aren’t worth fighting for, what is?

If this carries on for more than a week, though, I’ll concede defeat and pull up all the plants. It’s too important to me that we don’t get the whole garden infected, or God Forbid, the whole house. I’ll keep you posted on how this little war is going.

Problem # 2. The Cucurbitaceae Dude-Fest. Or why are all of the flowers on my vining cucumber or zucchini male?

Ok this one is going to sound a little weird, but it’s what got me writing this article in the first place. In my indoor garden, all of my cucumber and zucchini flowers were male. For like, half a year. And, as you may have guessed, male flowers don’t produce any fruit.

So for a while there, I was getting great vine growth and plenty of flowers, but nothing would ever turn into fruit. Oddly, we did grow two cucumbers way back in June. But right after that, the whole vine switched over to all-male-flowers-all-of-the-time, and we never got another fruit.

And then the funniest thing happened, my zucchini vines did the same exact thing. They also had produced a few small fruit and then switched to all male flowers. What in the world was going on?

My first thought, was to check and make sure the seeds I had planted were able to pollinate in a greenhouse. I double-checked my seeds and, sure enough they were both labelled as “parthenocarpic”. In horticulture, parthenocarpy is the production of fruit without fertilization of ovules, which ends of producing seedless fruit.

So for example, if you had a crop of nuts, you wouldn’t want a parthenocarpic variety because you wouldn’t get any nuts. But in something for which you would prefer a seedless variety, like watermelons or bananas, it is desirable trait.

More specific to this conversation though, parthenocarpic varieties are desirable for greenhouse cultivation (and therefore also for indoor cultivation) because they don’t rely on pollinators to fertilize their fruits. Because hopefully one doesn’t have any bugs in one’s indoor garden to do any pollinating. See Problem #1.

So that wasn’t the problem. What was going on?

” Cucumber (Cucumis sativus) have more staminate (male) flowers but lesser fruit-bearing flowers during long days. The female/male flower ratio in cucumbers is largely unstable, which is affected by environment condition change. The effects of light intensity, light quality, nitrogen and watering stress and mechanical stress have been reported. However, these environmental factors are relatively less decisive than temperature and photoperiod of which effects on cucumber sex expression have been characterized many years ago. Essentially, conditions of high temperature and long-day conditions suppress female flower formation depending on the cucumber genotype in the above studies.

So that’s helpful, but also not helpful. It basically is telling us that the problem could be too much light, not enough light, not the right kind of light, not enough nitrogen, not enough water, too much water, high temperatures or mechanical stress that’s causing my delicate-flowered cukes and zukes to all be males. But what is helpful, is that I think I actually know what it was.

I think it was too much light. I had just experimented with upping the lighting cycle (to 20 hours) to try to get my onions to bulb, and it was around that time that all of the flowers turned male. I left the lights this way for several months to see what effect it would have. Then, after I saw that it didn’t help the onions bulb at all, I turned the lights back down to 16 hours a day. A few months after that, I got a zucchini. And we have been getting zucchinis ever since. They are small, but they exist.

So I will sum that up as a pretty interesting learning experience. Not frustrating at all. And not something you have to even think about when you are just using the dumb sun to grow your crops. But as I said earlier, there are pros and cons, both to gardening indoors and out.

And for all the cons of needing to figure out our own lighting cycles, a huge pro is that I may still have fresh zucchini in my garden come February. That is, if I don’t screw anything else up in the name of “experimentation”.

Next week, we’ll share a zucchini house-favorite. Its is the Bartlett’s Farm Zucchini Bread recipe that will make you want to start your own zucchini plants indoors just so you can have these vegetables on hand any time the inspiration strikes. So good, even with teeny tiny zucchinis like ours. We just would need like 30 of ours for this recipe.

Next time, we’ll see what we can do to get bigger zucchinis. But hey, one small step at a time. And maybe I’ll try to bond with the kids a little more while we figure out who’s turn it is to blast bugs off the peas. “Pew pew pew!”

October 24, 2022Advanced String Theory. Trying out the “Lower And Lean” Method in an Indoor Garden.
Even though I am a physician, and I was a chemistry major …
March 9, 2022Indoor Garden Spring Update. Why Can’t We Just Have Whirled Peas?
Its mid-March here in the mountains, and we're about two weeks into …

2 thoughts on “Why is My Zucchini Vine a Dude-Fest? And Other Misadventures From the Indoor Tub Garden”