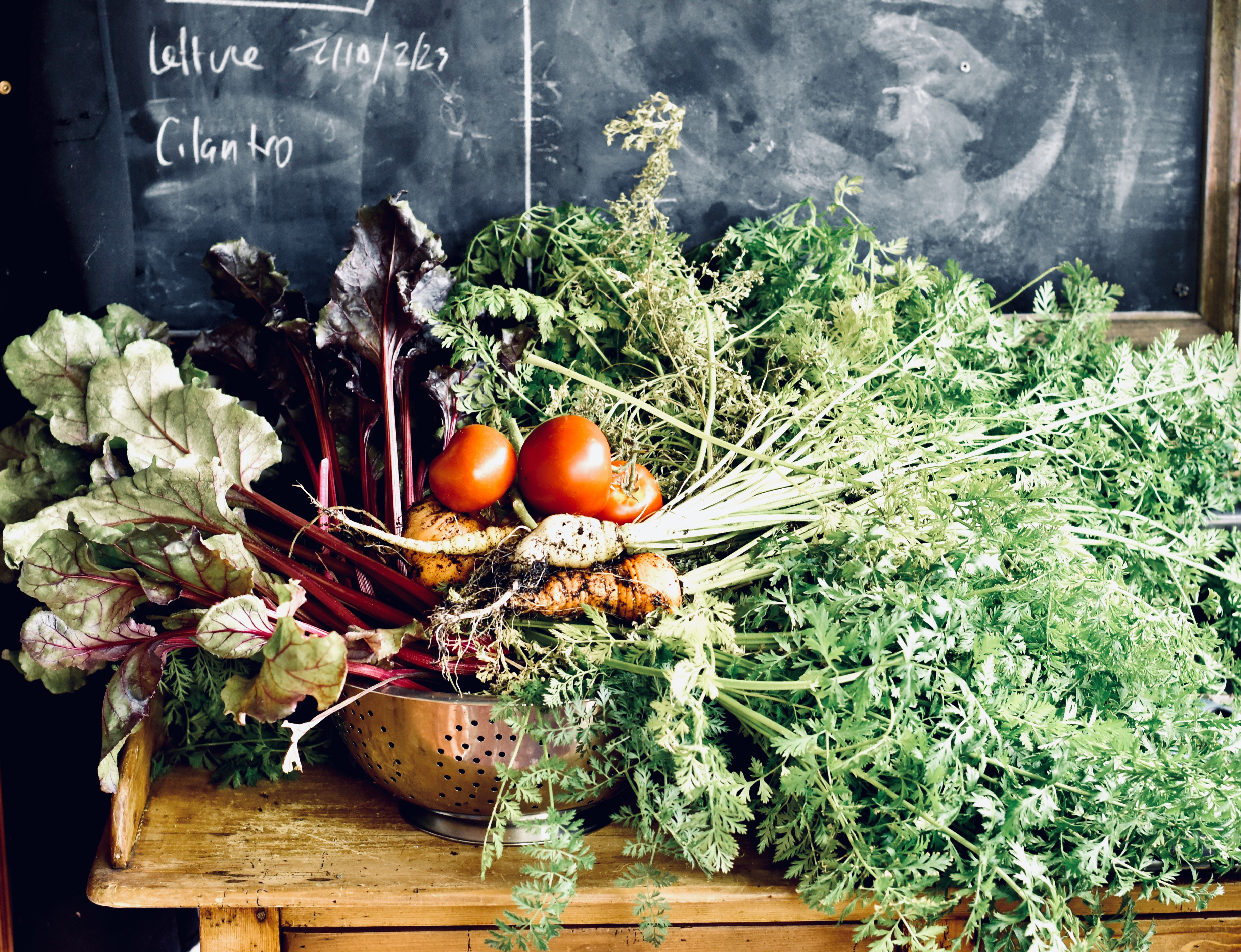 I don’t know if you are old enough to have watched ABC’s Wide World of Sports. It started off with the “Thrill of Victory”, which was some pinnacle of greatness-type moment in sports which changed every couple of years. And then there was the “Agony of Defeat”, which was always this poor ski jumper who had the most epic crash sometime in the 70’s. It looked like his legs probably should’ve fallen right off. That poor guy. All of America watched him struggling to keep his legs attached on that landing, every Saturday afternoon, for thirty years. Well, this post is like the beloved Wide World of Sports. In gardening terms. Which is way less cool obviously, but here we go.

First off. It DID snow like the forecasters said it would. The day after Labor Day, we went headlong into winter.

The kids questioned our decision to send them to school in snow boots and mittens that morning, but by afternoon they realized just how wise their parents truly are. Mother Nature totally had our backs.

The Agony of Defeat.

We tried to save our vegetables in the community garden. Some did well and some did not. The cold-tolerant plants, like the lettuce and carrots, and actually even the cheerful marigolds, did fine. But the tomatoes. Ugh the tomatoes. They did not do well. Actually I’ll go one further than that. They plain old died.

The night before the storm, I headed over to the garden and threw a tarp over the whole plot and hoped for the best. Luck favors the prepared and it did not favor our tomatoes. The tarp flew halfway off because I didn’t secure it, and everything got way too cold for a tarp to matter much anyway.

But to behold that community garden on the eve of the storm was quite the vision of home-grown optimism. There were all sorts of plastic tarps and drop cloths, and even a few ad hoc hoop houses that popped up just that day. Everyone got the memo, and everyone acted on it. And everyone’s tomatoes died anyway.

We learned a pretty neat little tip talking with some second-generation (and third-generation!) Minturn families. People who have been gardening at high altitude for many years. They told us to place some milk jugs or other containers, filled with hot water, tucked in under the tarp.

So, after five years of my outdoor tomatoes dying before they get to produce even ONE red tomato, here is the advice I’ve culminated to prepare for a sudden and early cold-snap:

Because yeah, even with all of our preparations, not one single tomato plant in anyone’s community plot survived the snow storm. Not even the Sudden Hoop House Guy’s. Not even anyone with milk jugs under the tent.

And it occurred to me that the long, long-time locals have a few things in common. They either don’t bother gardening up here at all, or they don’t bother with tomatoes or other tender crops. Or, they simply dig their nice plants up, and move them inside before the snow comes to ruin all the fun. We brought our lovely strawberry inside and look how pleased it is at our thoughtfulness. It even presented us with a grateful strawberry the next day. You’re welcome, little buddy.

And the Thrill of Victory.

While the garden outside has been suffering, the garden inside has been picking up the slack quite nicely. This is when I am reminded how awesome it is to have an indoor garden! This week alone we pulled up a bunch of different varieties of carrots, beets and tomatoes. It was a regular “Horn o’ Plenty” as if the indoor garden was a jilted younger sibling trying to be a total suck-up. I am a younger sibling myself so I can get away with saying stuff like that.

Our peppers (now on our third trial with these varieties) are looking absolutely delicious and are much bigger this time around. We’ve made some tweaks in the watering schedule and the biggest difference is we’ve been pinching them. We are growing bell peppers, jalapeño peppers, and even trialing some habaneros. Should be interesting. Plus the kids pluck and eat them like apples so that’ll be a big ol’ surprise to anyone who thinks the cute little habaneros look worthy of an apple-style chomp

The slow-but-steady onion trial is going well. Boring, but nothing has died yet so we’ll call it a successful start. I guess all of the excitement there is happening underground. The zucchinis are FINALLY starting to produce some actual fruit after two rounds of fruitless plants have come and gone.

The Jolene tomato plant is actually kind of frightening, how big it got so quickly. It sort of swallowed up a whole corner of the shower portion of the Tub Garden and some poor little edamame plants that were beneath it got swallowed up in its shadow. But those edamame managed to put out a pea pod or two, so maybe they are still getting enough light despite the umbrella of leaves over them. I don’t want the Jolene Tomato plant to see the pictures of what happened to the tomatoes in our outdoor garden. Yeesh.

We have a pea trial going on with five varieties of snow and sugar peas and they are all doing a lively job of growing up their trellises and wrapping around neighboring beet plants. We finally have a celery plant chugging along, which is a little disconcerting because I think the celery may end up being ginormous, and maybe even corn-stalk-level-inappropriate for an indoor garden. The strawberries continue to steadily produce and slowly get bigger.

So overall, our indoor gardening season is going very well despite the snow outside, which is kind of the whole point of gardening indoors anyway, isn’t it?

Take that agony of defeat! We may have just landed a super huge ski jump, wobbling on one ski with our legs about to blow off, in our outdoor garden situation. But our indoor garden is pulling some Nadia Comaneci type of moves in here. “10”.

Summertime for the Indoor Gardener

How to Build an Indoor Garden, the Creation of the Tub Garden.