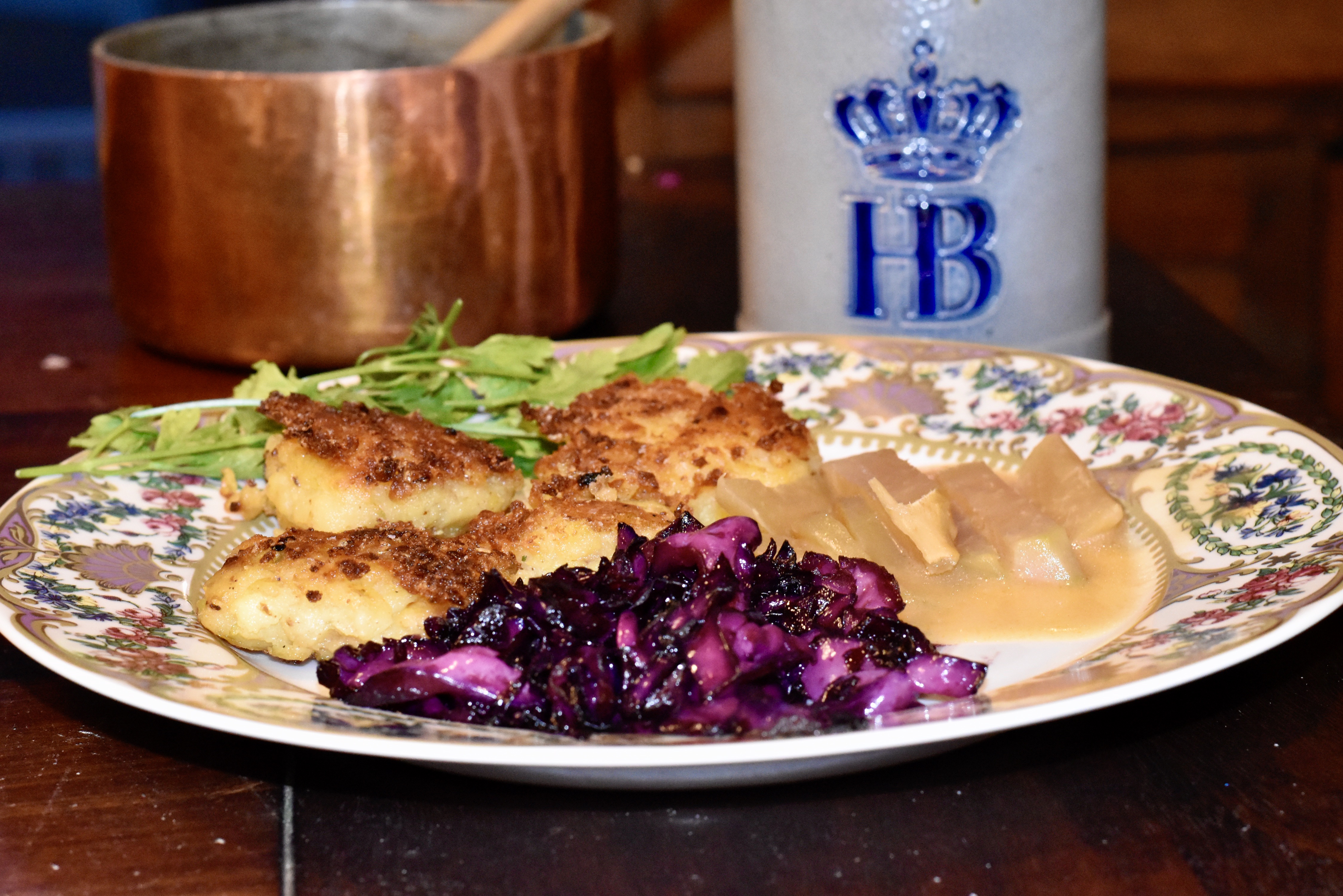 After posting the kohlrabi and white sauce recipe last week, a few people have asked about those little hash-brown looking things served on the side. So here is how to make them! Here is the Tub to Table recipe for vegetarian frikadellen.

These little German-inspired patties are made with potatoes and are absolutely addictive. Traditional frikadellen are made with meat and are basically like a flattened meatball. They may have been the source of inspiration for what we today call hamburgers. Since I wanted to make it a vegetarian recipe, I actually combined a few german frikadellen recipes and a few Indian perkedel recipes. They are surprisingly fast and easy to put together and oh so delicious, almost like a ball of hash-brown.

You can use any type of potato you like, but the best types are a bit drier like a russet, rather than a yukon gold. And click on either of the recipes above if you would rather try either recipe more traditionally, with meat.

Growing kohlrabi, or German Turnips, in the Tub Garden, even though I never planned on it. Plus some suggestions how to prepare it.

Omi’s recipe for this authentic German dinner. A family favorite.