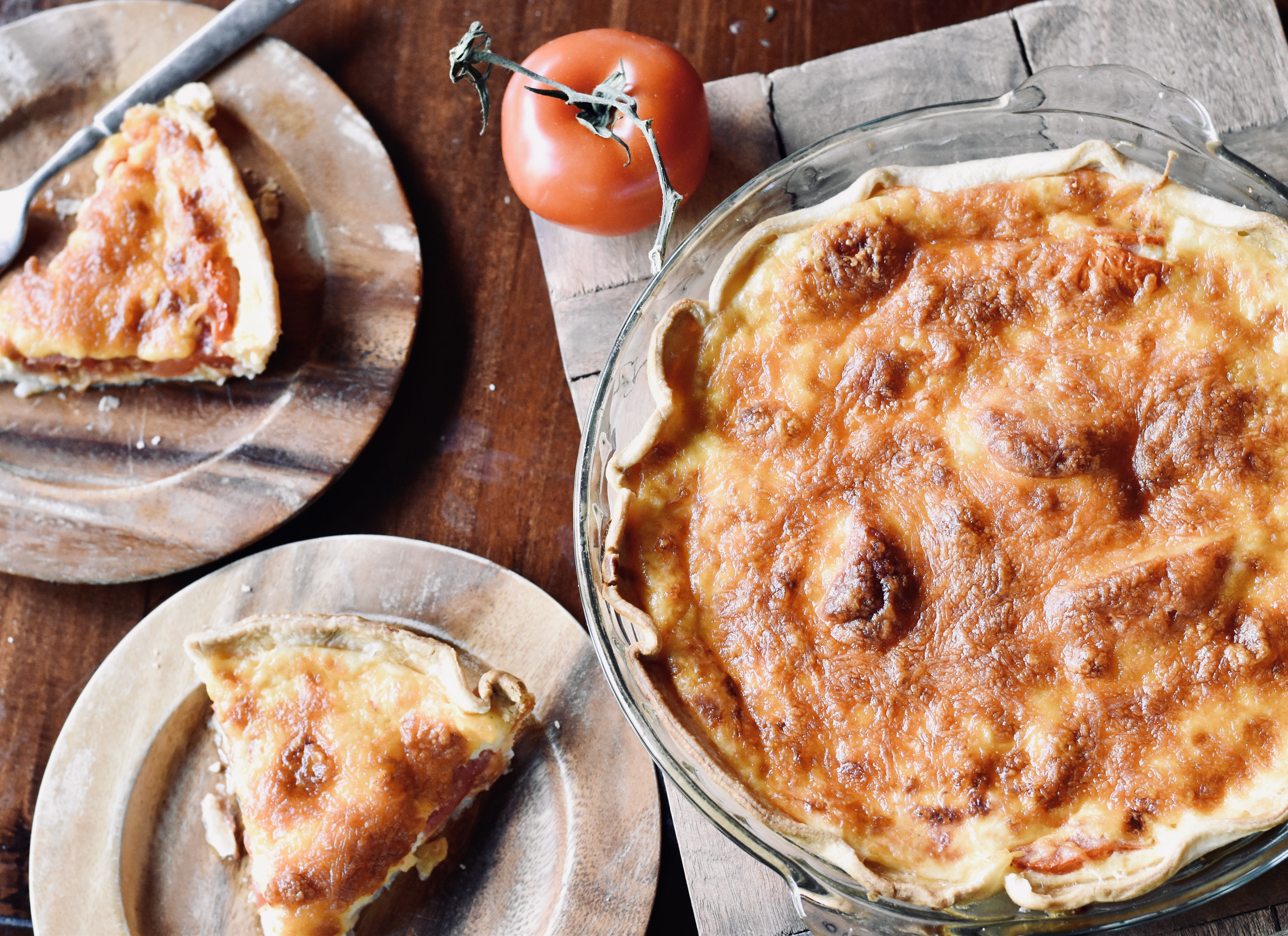 This post is just a sequel. It’s a mere Temple of Doom to a Raiders of the Lost Ark. It’s hardly worth viewing, but hey, Harrison Ford is still in it so it might be worth a skim. And by Harrison Ford I mean tomatoes.

Basically, as you may know, we have been super pleased about our indoor tomatoes thus far. If you want to read how in love with them I am, check out the original Tomatopalooza post. I’m pretty sure I got a little sappy in that one.

But instead of trying to wax poetic about tomatoes again, I will just offer you another recipe that celebrates these glorious indoor-grown vegetables in a way that you might not have enjoyed before. The Tomato Pie Recipe.

This, like Omi’s Spinach Pie, is a meal I grew up loving as a kid but didn’t appreciate how unique it was until becoming an adult. Usually, my mom made spinach pie and tomato pies together in one huge afternoon affair of flour and pans and dough all over the kitchen. She would typically make seven pies, four tomato and three spinach, and they complemented each other both visually and in taste. And we would eat clean through them. The next day, if any were left, the pies became even better – they were even more flavorful and dense from the cold. The perfect afternoon lunch was to have a bite of each in succesion. The salty and egg-y spinach pie was so green and savory, and then the cheddar-heavy tomato pies were just pure decadence. We’d eat them cold. When I got to college and asked other people if they wanted to get in on a spinach or tomato pie with me, though, they would just look at me funny. So I realized this wasn’t necessarily a normal thing to eat growing up.

But it SHOULD be!

So, maybe start making these pies for your family or friends when you have too many tomatoes on hand from a big harvest, or so much spinach you’re just not sure what to do with it. Or when you feel like making seven pies for dinner like my Mom would do. Or when you just feel like appreciating a good sequel story. But then maybe watch Empire Strikes Back. Because that’s probably one of the best sequels of all time, and also has tomatoes in it. I mean, Harrison Ford.

This decadent, savory pie is a unique way to celebrate a harvest of tomatoes.