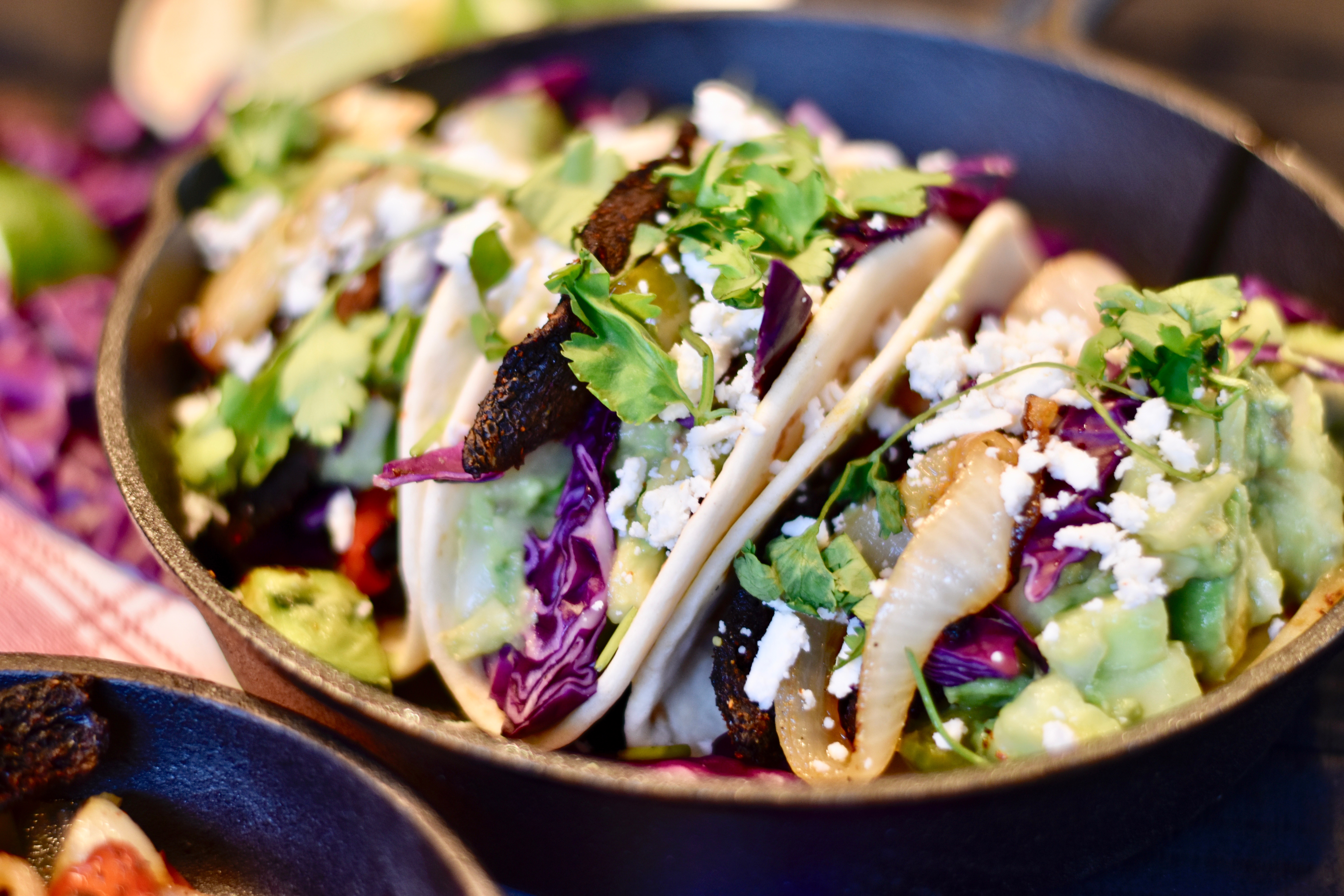 You don’t usually see a classic Irish name like Eoin followed by the phrase “Beach Tacos”. Its usually Eoin’s Brown Bread recipe, Eoin’s Potato Stew Surprise, or even Eoin’s Secret Irish Whiskey blend. But here we are. Eoin’s Beach Tacos is the story.

When we had our second son, we somehow found ourselves renting a perfect little cottage right on the beach at Cape Cod for summer vacation. Well, it was actually maternity leave, but since this was our second go-around, it felt more like summer vacation. Our bigger boy Declan frolicked in the waves and the huge sand box that is the beach, and various members from my husband’s side of the family came through every few days to visit. It was a wonderful time. But one of the most magical evenings of the whole two-week trip was when my husband’s best friend, Eoin, and his girlfriend came to visit us and meet our new baby. And Eoin cooked for us.

He really could have cooked us anything and we would’ve been grateful. But what Eoin cooked was good. It was really, really good. It was a summer-y meal that we are still talking about now, five years later. Eoin’s Beach Tacos.

The original recipe is from the Food Network, “Chili-Rubbed Steak Tacos“. They were just perfect for the beach – a light and flavorful, fresh-squeezed recipe for a summer day – it felt like you should be wearing a swimsuit while you’re eating them.

We asked Eoin for the recipe later and have made them several times since then, with meat like you’re supposed to.

Well, just because we are vegetarians now, I’m not giving up on that perfect summer meal. So this year, we tried them with portabello mushrooms standing in for the steak. First, I cooked the mushrooms in the oven for 20 minutes on each side to really dry them out, and then I seasoned them exactly like the steak would have been. They held the seasoning perfectly.

I went into my Tub Garden to see what else we could toss in there. It turned out the Ace Bell Peppers had just turned red and smelled amazing. So we decided to grill those up with some onions.

Also our first, real cucumber was almoooooost ready to go. It was just shy of 8″ so I called it good, picked it, and that became the backbone of the cucumber salsa. It is the salsa which really makes this meal stand out in your brain for years to come like it did with us. The cucumbers get added to fresh-squeezed lime juice and avocados. Then, when piled on top of the taco, it becomes this super-light, creamy, enormous taco that fills you up so you can go build some more sand castles or do whatever people in swimsuits do.

Well, this version turned out surprisingly good, despite having no meat in it. My husband wolfed his down, a definite nod of approval. And, I have to admit, I wolfed mine down too.

Hopefully Eoin won’t mind that we use his name on our vegetarian version of his meal. We’ve called them “Eoin’s Beach Tacos” ever since we first had them because that moment in time was so perfect, and such a lovely time for our family starting out. Thank goodness he even married that very nice girl too.

But that’s another story and another vegetable…