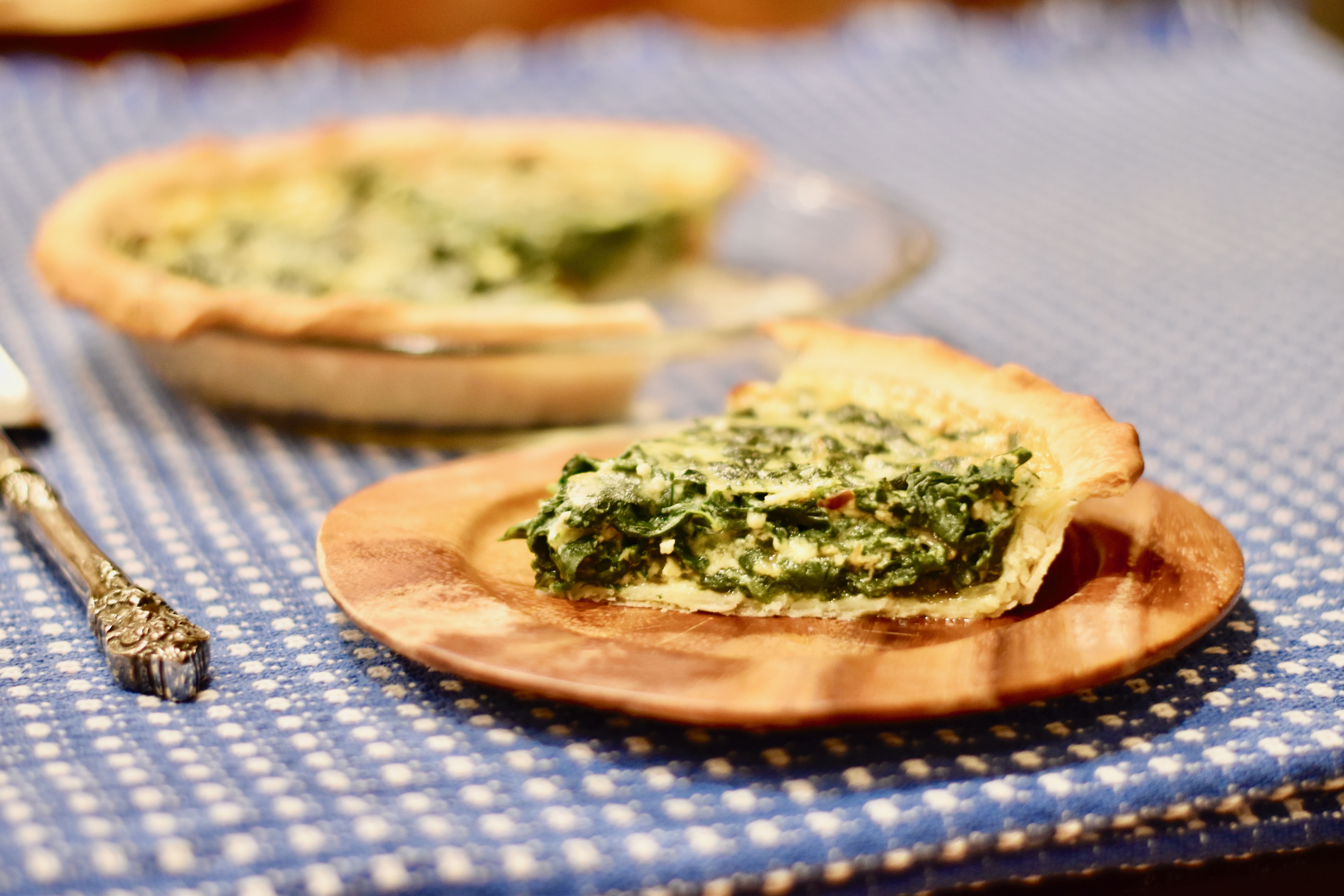 Every now and then, we get a huge crop of spinach and don’t even know what to do with it all. So….we make spinach pie!! This recipe comes from my mom, Omi, as my kids call her. Omi was born and raised in Germany and this German recipe is one of my favorites. In fact, this is the dinner I asked for every birthday dinner growing up. Omi traditionally makes both spinach and tomato pies and the two complement each other nicely, both in visual appeal and taste! For a non-vegetarian option, you could add a little cooked bacon into the spinach pie (as my mom does).

Since we are vegetarian, we sometimes add cheese sprinkled on top for a different taste of fat but this step is optional. These pies were made without the cheese topping and they were delicious. What a great way to make use of a bountiful crop of spinach from your garden!